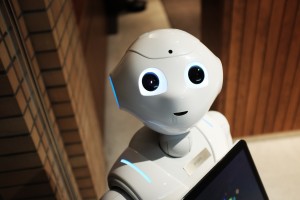 Futurists and prognosticators are weighing in on the effects of artificial intelligence (AI) on civilization as we know it.

Business magnate, investor, engineer, and inventor Elon Musk believes that AI will most likely lead to World War III, and reportedly tweeted, “Competition for AI superiority at national level most likely cause of WW3 imo (in my opinion)” (Browne, 2017, para. 3).

In the same article, Russian President Vladimir Putin said “Whoever becomes the leader in this sphere (AI) will become the ruler of the world “(Browne, 2017, para. 5).

Others fear that AI will replace jobs and turn the tables on humans by outsmarting them and taking control of the means of production.

However, dissenters suggest that AI can never beat human creativity and innovation. Jankel (2015) noted that, Countless ground-breaking artists — from multiple Booker Prizewinner Hilary Mantel to Isabel Allende; from Ludwig Van Beethoven to John Lennon — have made it adamantly clear that they have never been able to predict what creations will emerge next; and indeed, know where they really come from. Additionally, the act of bringing those breakthroughs into the world, usually against enormous resistance from the status quo, is itself a profoundly human talent, driven as it is by narrative, vision, empathy and influence.

For this reason, I am convinced that no computer, no matter how powerful, will ever be able to purposefully innovate an artistic breakthrough like Hip Hop; or a commercial one like Instagram. Breakthrough creativity is fundamentally organic, not algorithmic. Whilst computers and the businesses that run on are breakthroughs; they themselves will never make them (Jankel, 2015, para.8).

Joseph Aoun, president of Northeastern University and author of the book, “Robot-Proof: Higher Education in the Age of Artificial Intelligence” says, We have to make sure that as we teach the essential technical and data literacies of the 21st century, we do so in a way that simultaneously develops in learners the higher order mental skills—systems thinking, creativity, and critical thinking—they’ll need to be robot-proof (Selingo, 2017).

So, how should you use creativity and education thought leadership to beat AI? Here are 5 ways you can prepare now.

Corporations and small businesses are always looking for the best solutions to organizational problems. The biggest difference between individuals who provide mere opinions and those who become credible thought leaders is the care and consideration provided in the critical thinking and analysis of a problem. Education thought leaders break down problems to their cellular form and by using industry standards, best practices, and innovation develop ideas and strategies that help solve organizational problems. The value of this process allow education thought leaders to do good and well simultaneously.

Education thought leaders invest in themselves by using the 10,000 hours or 10-year rule. In “Talent is Overrated: What Really Separates World-Class Performers from Everyone Else,” author Geoff Colvin postulated that the great achievers in history took 10,000 hours or 10 years of deliberate practice to attain world-class mastery of their craft. From Amadeus Mozart to Michael Jackson, this common thread applies. Although education thought leaders may not take 10 years to begin publishing their works, it takes a similar amount of time to lay the foundation for world-class insight and analysis. Education thought leaders are in a constant state of self-improvement, and invest an inordinate amount of time, energy, and resources towards attacking and solving complex problems. Henry David Thoreau captured this notion when he said, “If one advances confidently in the direction of his dreams, and endeavors to live the life which he has imagined, he will meet with a success unexpected in common hours….”

Education thought leaders don’t reinvent the wheel for breakthrough innovations. William Duggan (“The Art of What Works: How Success Really Happens”) said that success repeats itself. In other words, whatever was successful in the past, with some iterations and modifications, it will be successful again. William Shakespeare reportedly said that he didn’t invent new stories but “…merely made new words out of old words.” Education thought leaders look for gaps in existing conditions and apply proven solutions to an existing problem. This takes the pressure off of having to invent new things as opposed to renovating old ones.

With the advent of technology and social media, it is easier to become an education thought leader today than ever before.

Although AI will serve as the modern day monster for the unprepared and uninitiated, it will only supplement the insight, analysis, and creativity of education thought leaders.

Whether your outlook on AI is “gloom and doom” or you’re using it to usher in a new Age of Reason, your dedication and commitment to intellectualism will seal your fate.

Selingo, J. (2017, Nov. 10). A blueprint for how we can beat the robots. LinkedIn Pulse. Retrieved from: https://www.linkedin.com/pulse/blueprint-how-we-can-beat-robots-jeff-selingo.