How Frustrated Educators Can Produce and Profit from Education Thought Leadership 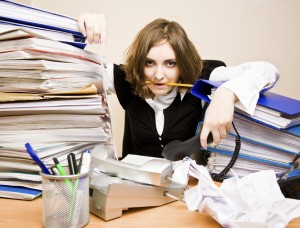 In many surveys, educators complain about the political machinations, overbearing parents, and endless administrative responsibilities they confront daily. A recent study dispels the myth of a mass exodus of educators leaving the field, but does shed light on the importance of salary and teaching locations for educators who remain in the profession.  The findings were not broken down state to state, but by national averages.

The U.S. Department of Education’s National Center for Educational Statistics survey reveals that 97 percent of teachers who earned more than $40,000 their first year returned the next year, compared with 87 percent who earned less than $40,000.  By the fifth year, 89 percent of those earning $40,000 or more were still on the job, compared with 80 percent earning less than $40,000 (Fensterwald, 2015). Additionally, educators who spent their first year in poverty stricken environments were more inclined to leave education versus educators whose first foray into education was in less poverty stricken areas.

However, a NEA survey reported that a majority of teachers reported feeling considerable pressure to improve test scores.  72 percent replied that they felt “moderate” or “extreme” pressure from both school and district administrators (Walker, 2014).

So if teachers in poverty stricken areas are most inclined to leave the profession and the majority of teachers experience some level of pressure to improve standardized test, what do many frustrated teachers do as a result?

According to Startz (2016), two-thirds of teachers who leave education either take a non-teaching job in K-12 or move into retirement.

What do you think are the primary professions that teachers enter into once they leave teaching? According to Startz, teachers become lawyers, doctors, and professors.  The author suggested that teachers entering lucrative professions is a sign that monetary considerations may be a root cause for teachers leaving the profession in addition to location and standardized testing.

Although Startz suggested that there are an array of professions teachers choose when they leave teaching, there is another way teachers can leverage their experience, if they go the business or entrepreneurial route.

Education thought leadership is an effective route for frustrated educators? Here are 5 reasons to consider this track.

Education Thought leaders invest in themselves by using the 10,000 hours or 10-year rule. In “Talent is Overrated: What Really Separates World-Class Performers from Everyone Else,” author Geoff Colvin postulated that the great achievers in history took 10,000 hours or 10 years of deliberate practice to attain world-class mastery of their craft.  From Amadeus Mozart to Michael Jackson, this common thread applies.  Although education thought leaders may not take 10 years to begin publishing their works, it takes a similar amount of time to lay the foundation for world-class insight and analysis.  And education thought leaders are in a constant state of movement and improvement.  Understanding that time is a precious jewel, education thought leaders invest energy and resources directed towards attacking and solving complex problems. Henry David Thoreau captured this notion when he said, “If one advances confidently in the direction of his dreams, and endeavors to live the life which he has imagined, he will meet with a success unexpected in common hours….”

Education thought leaders don’t reinvent the wheel for breakthrough innovations. William Duggan (“The Art of What Works: How Success Really Happens”) said that success repeats itself. In other words, whatever was successful in the past, with some iterations and modifications, it will be successful again.  William Shakespeare reportedly said that he didn’t invent new stories but “…merely made new words out of old words.”  Education thought leaders look for gaps in existing conditions and apply proven solutions to an existing problem.  This takes the pressure off of having to invent new things as opposed to renovating old ones.

With the advent of technology and social media, it is easier to become an education thought leader today.  You don’t have to rely on book publishers like Simon & Schuster or major broadcasting networks like ABC, CBS, or NBC to select you.  As a marketer, Seth Godin says, “Now, you can pick yourself.”  However, the bar has been raised because of all the noise and chatter that neophytes and dilettantes display to attain short-term success.  In the end, it will be education thought leaders and subject matter experts left standing.  And the only question left to answer is, “Where will you be?”

Startz, D. (2016, May 9).  What do teachers do when they leave teaching? Brookings. Retrieved from: https://www.brookings.edu/blog/brown-center-chalkboard/2016/05/09/what-do-teachers-do-when-they-leave-teaching/. 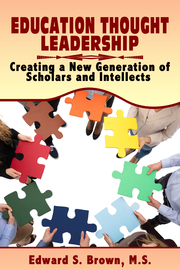